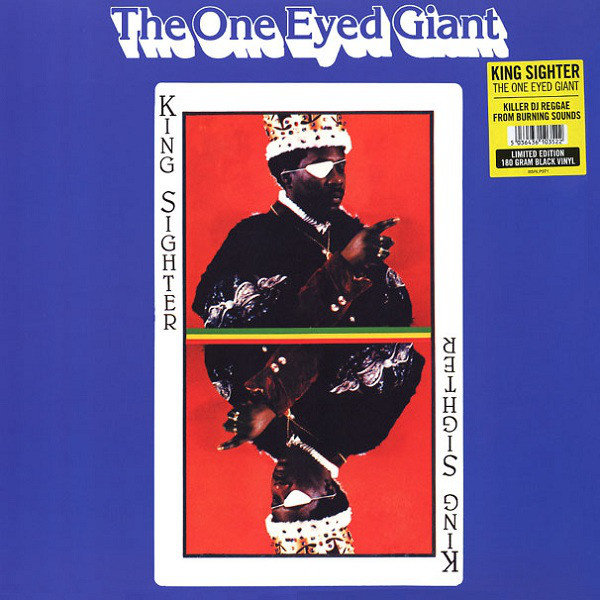 King Sighter was a veteran Jamaican toaster who often dressed up as a pirate or a king for his appearances. Compared in style to the magnificent DJ artists I Roy and Big Youth, King Sighter's The One Eyed Giant album was originally recorded and released in 1978. Produced and recorded at Channel One Studios and Randy's in Kingston, Jamaica by Phil Pratt with the Soul Syndicate backing band.