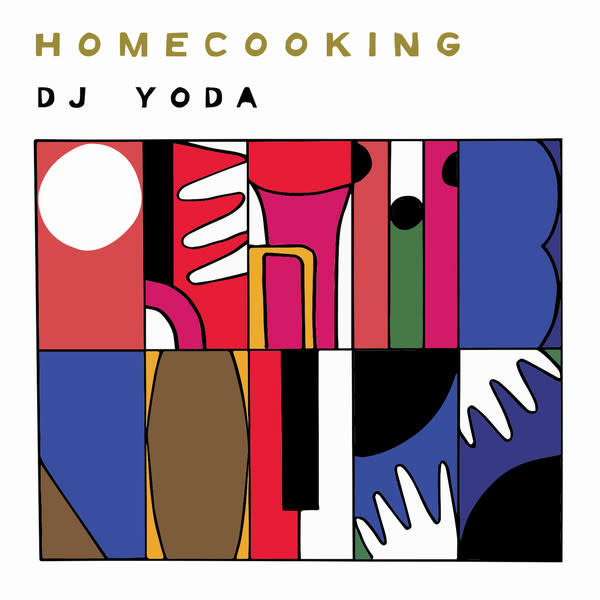 ‘Home Cooking’ is the new, mature sound of DJ Yoda. Maximising the experience and enjoyment gained from recording live instruments and prioritising songs over beats for his previous two albums ‘Breakfast of Champions’ and ‘Chop Suey’, this is a big step for the cut-and-paster as a producer, having wowed the world over for over two decades with his celebrated turntable tomfoolery.

Recorded between his own studio and the world famous Abbey Road, ‘Home Cooking’ keeps one foot in the hip-hop old school with collaborations with the returning Jungle Brothers (the party-starting ‘Afrika’) and Boston bastion Edo. G (a peaceful route from London to ‘Roxbury’), and spreads to a melodic vibe scoring chilled Sunday mornings.

“I titled this one ‘Home Cooking’ because the music is so close to my heart, in terms of what I grew up on, and what really speaks to me on a personal level”. Imbued with the spirit of Guru’s ‘Jazzmatazz’, the output of Acid Jazz and 90s vitals from the Jungle Brothers, A Tribe Called Quest and De La Soul, Yoda admits that it's a happy accident that, whilst drawing on jazzy, soulful hip-hop from 25 years ago, the sound of ‘Home Cooking’ is very much of-the-moment."