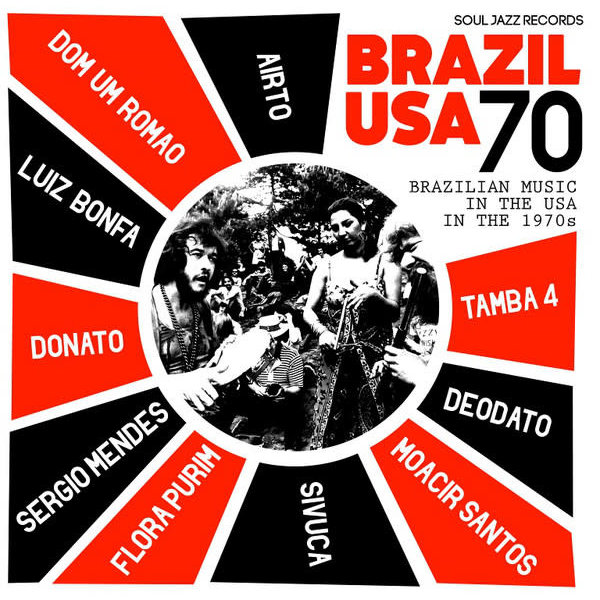 All of the music featured here on this new Soul Jazz Records collection was created by Brazilian artists living and working in the USA in the 1970s. Read more

The album brings together some of these finest works and comes complete with extensive notes that explains the path these musicians took from Brazil to the USA and shows the political and musical links between Brazil and the USA that created the conditions for this unique fusion of these two distinct cultures, North American Jazz and Brazilian music, that occurred in the 1970s.

With all the attention placed on them from these important jazz artists, North America became the new musical playground for a large number of these Brazilian artists – Airto Moreira, Flora Purim, Sérgio Mendes, Luiz Bonfá, Eumir Deodato, João Donato and many others.

Most of these musicians had already experienced success through the earlier popularity of bossa nova in the 1960s, either at home in Brazil or in the USA. But by the end of the 1960s many Brazilian artists had left their own country, as the military dictatorship became progressively more authoritarian and repressive. In the USA, through their critically acclaimed work for Miles Davis, Weather Report, Light As A Feather etc., all of these artists were now given reign to explore new musical terrains away from the restrictions of both a musical genre and a state censor back in Brazil.