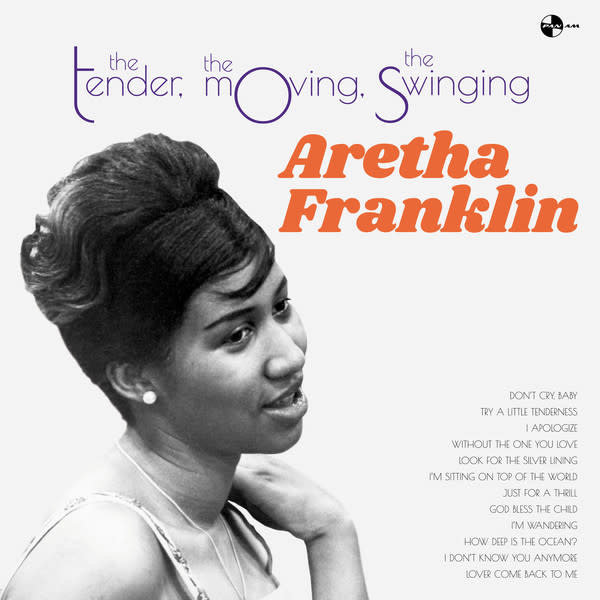 This essential release includes Aretha’s third album, "The Tender, the Moving, the Swinging Aretha Franklin", originally released by Columbia in 1962.

Producer Robert Mersey dipped into a jazz bag on the opening cut. Franklin still didn’t have all of the skills in her arsenal to turn a song like “Just for a Thrill” upside down, as she would “I Say a Little Prayer,” “Respect” or “Let It Be” in later years.

Despite her distinctive voice, perhaps some of the other ingredients just weren’t in place yet, but that doesn’t make these recordings any less worthwhile."

In addition to the original masterpiece, this collector’s edition includes 4 bonus tracks from the same period: the touching “Trouble in Mind,” the soulful Ray Charles number “Hard Times (No One Knows Better Than I),” the endearing “It’s So Heartbreakin’,” and the dance-floor stomper “Rough Lover.